How to Manage Without Being a Micromanager

Telling people what to do, with this project, and in that situation, and on this call, and with that client – well, that’s called micromanaging.  And believe me – no one benefits, from micromanagement.

Sure, you may just think you are super detailed – but as General Patton said: “Never tell people how to do things. Tell them what to do, and they will surprise you with their ingenuity.”

And after all, that’s what  you want – that’s why you hired them.  So they could surprise you with their ingenuity and creativity.  You brought them on board to see what they could bring to the party, what they could contribute to the business.

Now, I bet you understand that micromanaging is really mostly about faith.  When you choose the micromanagement path it’s because you don’t trust that it will get done well and/or right.  So, there is some personal work you’ll need to do here.  But how?  How do you grow your faith that you will get the outcome you want – basically that things won’t go completely off the rails?

Well, there are 3 critically important questions to ask yourself:

1 – do you have the right people

2 – do they have the right training and

3 – do they have the right tools

Now, if the answer to any of those is no – that’s task #1, to get that sorted.  Because until you don’ you’ll have a very difficult time building trust.

Once you do have all that in place, then you can move on to focusing on these 5 tips to tame your inner micromanagement monster.

…“Never tell people how to do things. Tell them what to do, and they will surprise you with their ingenuity.” General George Patton

How in the world can someone figure out what to do, if they have no idea what they are trying to accomplish.  You have to clearly communicate the goal.  What outcome are you after?  What does it look like.  Maybe even, what doesn’t it look like.

You have to be clear on where you’re going, and everyone’s role in getting you there – and then, you have to hold people accountable.

You have to understand the difference in not micromanaging vs. abdicating your leadership responsibilities.  Sure, don’t sit on someone’s head all the time, but you can be the absent professor either.

Once of the best ways to do this is to set milestones instead of always checking up on tasks.  And then, let your team member give you regular status updates.  What’s going well, what isn’t.  Where do they need additional resources.  Is the timeline still in place, and if not, why.  Where are they feeling stuck, and most importantly, what do they think is the action they should take to get unstuck.  Remember, you’re the leader, the coach – we’ll talk more about that later.

The most helpful leaders don’t try to preempt every problem before it’s even happened.  Instead, they stay aware – until the person is at a point that they are already involved in the project, they can see where there may be gaps and they’re ready to listen.

This one can be difficult, because it really requires your patience.  You’re going to have to let your team member experience some challenges – first hand – without putting on your white hat and riding to the rescue.

But what do you do when they’re ready – how do you jump in?  I’ll sum it up in one word – listen.  Don’t charge in with pre-conceived notions of what’s happening, what should happen, and where everything is going wrong.  Take a breath, ask clarifying questions, and give the team time and space to tell you what they’ve done so far, where the friction is, and what suggestions they have to fix it.  You don’t know, maybe they already have the answer and just need to mastermind it with you.

And, if you stop a listen – you might find out that they have an idea you never thought of before. 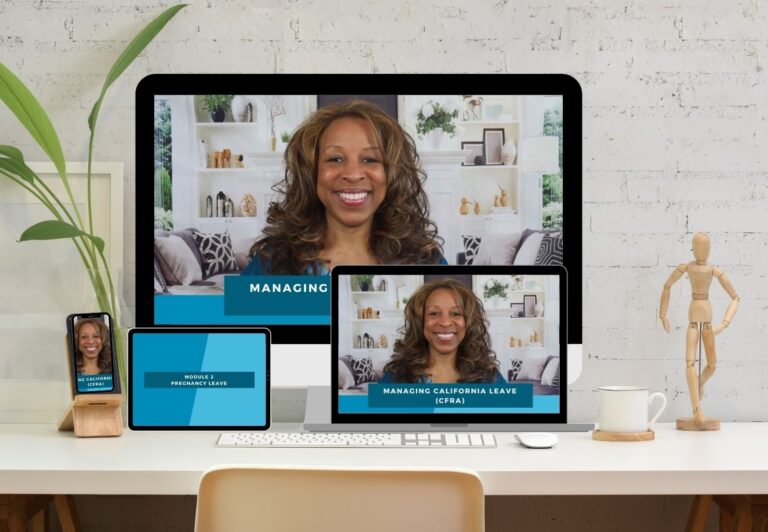 Be sure to adjust your approach to fit the context.  You wouldn’t, or shouldn’t, manage experienced, more senor team members the say way you would junior or less experienced ones.  Each needs different things, brings different experience, and your leadership and communication needs to adapt to that.

And by the same token, all projects aren’t the same either.  You don’t need to manage low-importance projects as closely as you would high impact one.

Flex to fit the need.

Your most effective role is as leader, mentor.  You have to guide your team so they can effective do the work themselves.  Your role is not, I repeat, not, to do the work yourself.

So, when you see something that isn’t quite the way you would like it – the answer is not to jump in and do it yourself.

First, you already have too much to do.  Second, this is not part of your job description.  And Third, now do you expect your team to ever build their skills if you keep doing their jobs for them.

The only thing you’ll succeed in doing is crushing their creative spirit – then, you can kiss innovation good bye.

So, when next you have the urge to grab someone by the ear and lead them around – remember these tips and set yourself free from micromanaging.