Ah, COBRA.  The long legal name is actually the Consolidated Omnibus Budget Reconciliation Act, and it basically gives an employee and their family the option to stay on your company’s health insurance plans after termination, for a limited period of time.

First off, there are really 2 types of COBRA, what we call Federal COBRA, and  then most states have their own COBRA extension laws as well – in fact, at the time of this episode, 40 states have COBRA expansions.  In California we call our state COBRA plan Cal-COBRA.  So, the Federal COBRA program is generally for 18 months for the standard scenario where an employee is terminated or resigns from their job.  Oh, there are variables that can push Federal COBRA to 24, 29 or even 36 months – things like disability, military service, and having another event that would trigger COBRA, actually during COBRA coverage.

But again, for the most part, Federal COBRA is 18 months.  And then the state extensions kick in, for instance in California, once the person has used up their 18 months of Federal COBRA,  the Cal COBRA program can push their coverage for another 18 months – so 36 months in total.

Cal-COBRA is also handy for companies too small to qualify for Federal COBRA.  You see, Federal COBRA only applies to companies with 20 or more employees.  So if you have less than that, your employee, or should I say, former employee, wouldn’t be eligible for Federal COBRA because the company was too small.  But Cal COBRA has another feature, it kicks in for companies with a few as 2 employees.  And for that group, the 2 employee up to 49 employee company, Cal COBRA provides a full 36 months of coverage.  So for that group, it actually takes the place of the Federal COBRA benefit.

At this point, you’re probably figuring out that even with all the various options, the basic thrust of COBRA is to continue coverage for at least 36 months.

“… In fact, even companies with full HR departments, many times outsource their COBRA to someone else.  It’s just not worth the hassle and potential exposure to do COBRA management in house.“

Now the thing about both state and Federal COBRA, is that the employee has to pay the full cost of coverage.  So the company doesn’t have any type of contribution role to play in COBRA coverage.  In fact, one option, and it’s an option most companies take, is to add a 2% admin fee to the monthly COBRA cost.  Now, as you might guess, people can feel a bit surprised when they see the actual monthly cost without the company picking up part of the premium.  In fact, many people choose to forego COBRA altogether, or only take it for one or two months while they find other coverage – either through an individual plan, or a state exchange program like Covered California.  It’s usually a less costly option.

One thing to point out here is that Federal COBRA and Cal COBRA are billed very differently.  Under the Cal COBRA plan, when someone leaves your company, you simply notify your insurance carrier, and they take care of the notice documents, billing, collecting payment etc.  In fact, the person won’t even appear on your bill anymore.

Federal COBRA is a bit more complicated.  The notices and management responsibilities sit squarely with you, and the company.  So that means you have to meet the notice deadlines, provide the proper information and documentation, track enrollment, collect payment, notify of missed payments and grace periods, and on and on.  Another thing under Federal COBRA is the billing.  Former employees on Federal COBRA will still show up on your monthly invoice from the insurance company, and you’re responsible for paying that bill.  When the former employee sends you their monthly check, that’s the reimbursement to your company.  So, under Federal COBRA, you’re looking at the potential of some out of pocket costs because of the timing. 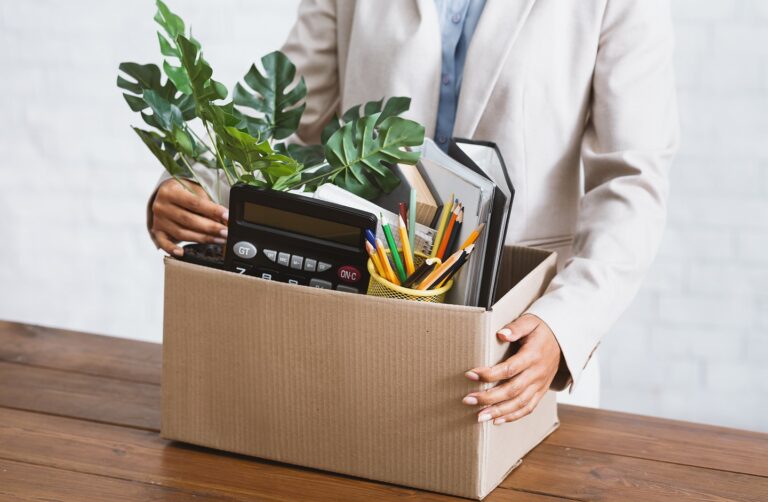 And, as I mentioned, there are loads of tracking and required notices.  And there are other complexities too, like if you move the company to a new medical plan, the COBRA folks have to be able to enroll in the new plan too.  And the fact that COBRA doesn’t just apply to medical coverage.  If your company offers dental or vision plans, they’re subject to COBRA too.  And it doesn’t just kick in if somebody’s leaving the company.  If there’ s a divorce, and the spouse or uh, ex-spouse is losing coverage – they’re eligible for COBRA.

Trust me, you don’t want to try to manage this yourself.  Because, what if you miss the deadline on some COBRA notice, or don’t offer it to someone who should be eligible.  Well aside from the potential penalties, think about it – if someone has an accident, or falls ill, and it turns out they weren’t covered by insurance because of missed COBRA notices or enrollment, who do you think everyone will point to to pay those medical bills.  That’s right – oh, it can end up being a pretty complex, and unpleasant situation.

So, for that, among other reasons, companies covered by Federal COBRA usually outsource COBRA management to a service provider.  And my advice is – you should too.  In fact, even companies with full HR departments, many times outsource their COBRA to someone else.  It’s just not worth the hassle and potential exposure to do COBRA management in house.

Remember, there are all sorts of nuances around COBRA, in fact, too many for me to cover here – so before you wade into those waters, enlist the help of an expert.  Either your insurance broker, your HR professional, or an outsourced service, can give you the guidance you’ll need.  Just make sure, that no matter what else you do, you don’t ignore it.  Because COBRA can come back to bite you.