One of your team members made a mistake.  What’s your next move?

So often, when someone on our team makes a mistake – particularly when it’s a big or impactful mistake – we don’t think about our next move at all – we just react.

And if the mistake is because they didn’t follow their training, or didn’t’ think the situation through or weren’t paying attention to detail.  Well, it’s easy to get into a blaming mentality.  Why did you do that, why did you handle it that way.  What were you thinking?  Don’t you know better?

Now you may be saying to yourself about now – but, that’s not me.  When something goes wrong I don’t attack the person, I attack the problem.

Well, that’s a wonderful saying; and my hat’s off to you if you actually do that every time.  But for most of us, at least some of the time, we can easily fall into frustration with the person – and, I’ll just go ahead and say it – blame them.  If not outright, then in our head.

And no, I’m not blaming you for that behavior – I’m just saying it’s a natural part of human nature.  But it is a part you, as a leader, have to recognize, and stop dead in its tracks.

Why, well for hundreds of reasons – but since we have limited time, I’ll just give you my top 6/

#1 – when you starting pointing fingers and blaming (and let’s be honest – maybe even yelling about it) – what do you think the other team members are thinking.  And don’t be naive – they are seeing and hearing what’s going on.  And when they see the boss, blaming and punishing someone on the team, it makes them go into self-protection mode. (after all, no one likes being yelled at).

And when you’re busy protecting yourself, you aren’t doing your best work.  And your creativity virtually stops – because your most important focus becomes survival.  You aren’t feeling the freedom to offer suggestions, or the mental space to come up with innovative ideas.  You’re hunkered down, making yourself as small as possible, hoping you won’t become any type of target.

Reason #2 – your organization has less chance of making any type of improvement because people won’t tell you when something happens.  Why risk being the messenger that gets shot?  If something goes wrong, lie low and hope it blows over.

“… always take the blame and give the credit…”

And if it doesn’t’ then Reason #3 takes hold.

The environment of cover up.  Yep, when people see that their mistakes can result in blaming, punishing and other forms of simply ‘being out of favor’ with the boss, it creates an environment where they may start covering up any mistakes.  And you know what they say – it’s always the cover up that will kill you.

If a client discovers that you made a mistake – well, that’s one thing.  But if they discover that you’ve been lying about it in an effort to protect yourself – well – that’s a completely different thing.  Yep, the cover up is the fatal blow.

But your team members can’t help it.  They’re trying to self-protect, and from their viewpoint, it may seem a better bet to take their chances that the cover up will work, and they won’t get caught – vs. your certain wrath.

Reason #4 – you are modeling behavior for the team.  (Oh, it’s the wrong behavior, but you’re modeling it all the same).  You’re teaching them to blame one another.  And why wouldn’t they – when they see that’s how you react, it tells them ‘that’s how we treat one another here’.  It’s not ‘all for one and one for all’, it’s ‘me for me and you’re on your own’.  Now, what kind of teamwork do you think that mentality produces?  Right, no teamwork at all.

And, let me tell you – when the team doesn’t have teamwork – well, that’s the beginning of disaster.

OK, we’ve covered 4 really important reasons the blame game is a losing battle.  But the last 2 are the most important, and the most universally true.

Reason #5 – blaming, punishing, yelling – that’s simply not leadership.  It’s dictatorship.  And modern business has very little room for dictatorships these days.  Not if you want to attract exceptional talent, and have them produce at their highest levels.  Employees have choices – and they know it.  So browbeating just isn’t going to cut it in the 21st century workplace.  It’s not the 1800’s. 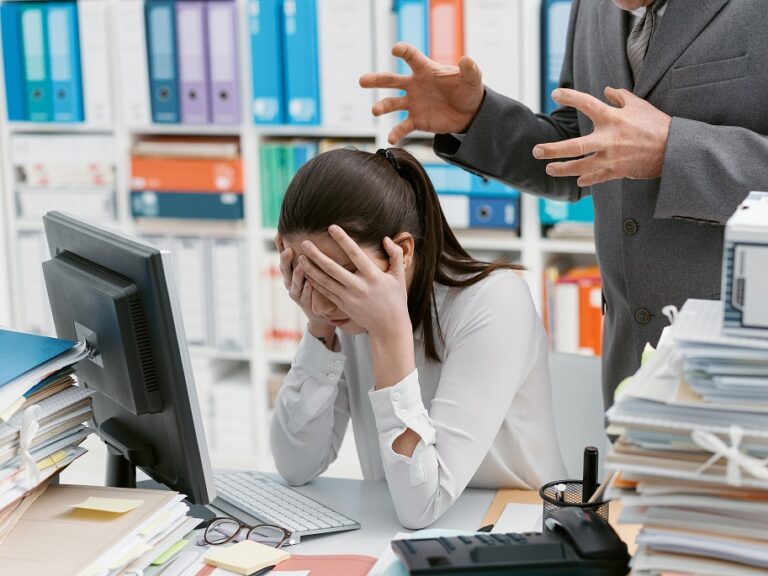 And finally, the most true, and telling reason – the blame actually stops with you.  You are the team leader.  You are the responsible party. (Remember what I say – always take the blame and give the credit).

You are responsible for making good decisions about who should join the team.

You are responsible for making sure the team has the proper training.

You are responsible for making sure you have processes and procedures that limit the chance for mistakes.

And most importantly, you are the person responsible for making sure the team is mentored and developed, so that they can make their highest contribution.

And, if for some reason, they didn’t or they aren’t – well, sorry to say – that responsibility lies with you.

We, as leaders, have to recognize that

So, when a mistake comes up:

thank them for bringing it to your attention;

work with the team member on understanding what happened and putting processes in place to ensure it doesn’t happen again;

and if necessary, work with the client on making it right (because the team is also watching how the company deals with failing a client – it highlights organizational integrity, or the lack thereof)

Now, I’m not saying that if someone keeps making mistakes, and it’s clear they’re in over their head – that you just keep thanking them for bringing the mistake to your attention, and let them go on their merry way.

So, even if you find you ultimately have to let someone go because they aren’t the right fit – no blaming.  Let them leave with their dignity in tact and head held high.  And remember – the team is watching how you handle this kind of situation too.